The Climate Bill contains key measures on housing and land occupation, including the eradication of “energy sieves” by 2028 and a 50% reduction in the pace of land take in the next ten years. 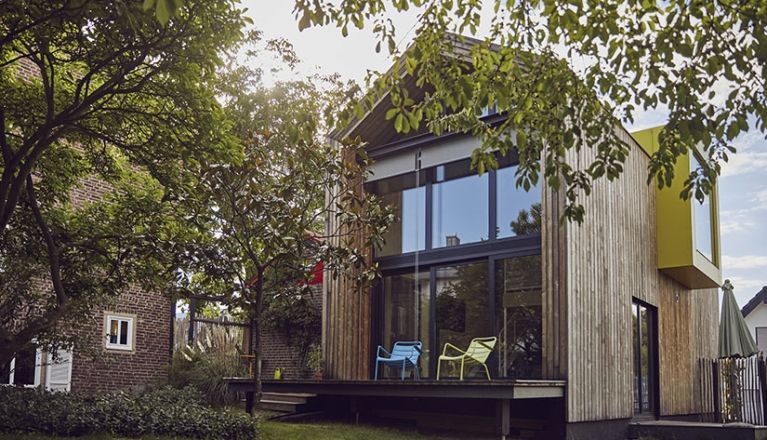 1/ Ban on rentals of energy sieves starting in 2028

France is home to five million energy sieves (i.e. poorly insulated housing units with an F or G energy-performance rating), the inhabitants of which pay up to several thousands of euros a year on heating. Construction is the number-two greenhouse gas-emitting sector in France, accounting for over 20% of domestic emissions.

The bill aims to step up the ecological renovation of buildings through measures to eradicate energy sieves by 2028. It provides for a ban on energy-sieve rentals starting in 2028 where the housing units are no longer considered at that date to be “decent” dwellings. This leaves the owners concerned a few years to renovate the buildings they rent out. Tenants of energy sieves may also be able to oblige their landlord to perform renovation work. Also starting in 2028, it will be forbidden to increase the rent of energy sieves when renewing or initiating rentals. Lastly, to facilitate the energy renovation of co-ownership buildings, co-owner associations will be required to plan multi-year energy-renovation work and make provisions for the corresponding expenditure in the co-ownership’s works budget.

The proposal of the Citizen’s Convention on Climate was more ambitious, with the requirement to attain “low-consumption building” energy performance following the renovation of a dwelling. Questions also need to be asked about the financial resources of and support measures for households subject to the new energy-renovation requirement.

Urban sprawl and land take are destroying and breaking up natural, farming and forest areas. The two phenomena are contributing to the deterioration of ecosystems and the erosion of biodiversity, and to global warming (by reducing the soil’s ability to absorb CO2). They also pose economic and social challenges for inhabitants and regions. In addition, land take makes some regions more vulnerable to natural risks, notably by making soil impermeable, resulting in floods and forest fires.

To meet the 2050 objective of zero net land take, the bill defines the concept of land take and enshrines in the law an objective to reduce the pace of land take by 50% in the next ten years compared with the previous decade. The objective will be implemented in a specific manner at local and regional level. The bill also sets out limits on the introduction of new commercial areas.

These provisions are a source of concern for many a rural mayor, afraid that they will lead to population decreases in their municipalities and counteract their initiatives to prevent this trend by seeking to attract working-age populations to their towns. They are also a worrisome issue for land developers, who say a “major real estate crisis” could be caused by sharp rises in land prices that will be passed on to the final cost of property projects. However, some of them admit that the bill could foster “more intelligent” urbanisation.