In transport terms, the Climate Bill follows on from the outline act on mobility of December 2019. It contains measures intended to transform mobility and encourage transport emitting less CO2 through the creation of low-emissions areas in large cities, a ban on the sales of the most polluting vehicles, and a reduction in domestic flights to the benefit of train travel. 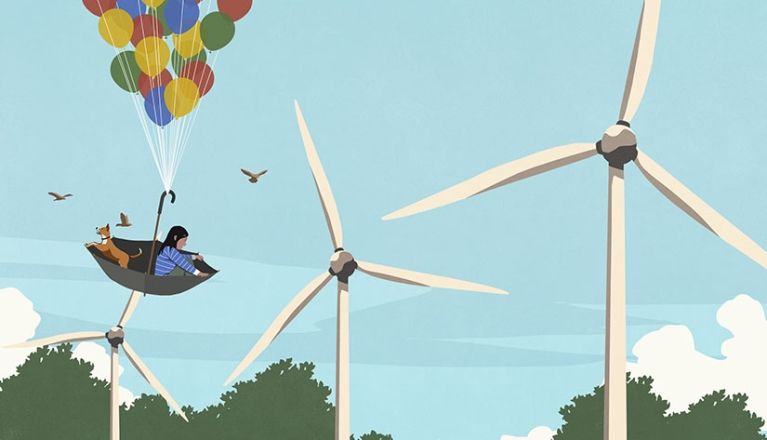 To combat urban pollution, the bill makes it mandatory for cities of over 150,000 inhabitants to implement low-emissions mobility areas by 31 December 2024 (such areas are already operational to a varying degree in Paris, Lyon and Grenoble). In low-emissions mobility areas, the circulation of the most polluting vehicles will be limited, while the bonus for switching to a less polluting vehicle may be supplemented. Restrictions are planned for vehicles with a Crit’Air 3 environmental rating in 2025.

According to the New European Driving Cycle (NEDC) standard, half of the vehicles sold today emit over 95 g/km of CO2. To meet France’s climate objectives, the Climate Bill places the priority on developing “zero-emission” vehicles including electric and hydrogen cars. The objective set by the bill is to discontinue the sales of new passenger vehicles emitting over 95 g/km of CO2 on 1 January 2030. Certain vehicles with specific uses (such as off-road vehicles for professional use or in mountain regions) are excluded, but these exemptions may not exceed 5% of the total annual sales of new passenger vehicles.

3/ Ban on domestic flights to destinations that may be reached in under 2.5 hours by train

To encourage train rather than plane travel, the bill provides for a ban on the use of air services for domestic flights where the destination can be reached by less-polluting train travel in under 2.5 hours. A Council of State decree will specify the conditions in which this ban may be adjusted for air services mainly transporting passengers with connecting flights or offering low-carbon air transport on a majority basis. In practice, just five flights would be concerned by the ban, including Paris-Bordeaux, Paris-Lyon and Paris-Nantes. The ban would not affect Paris-Nice, Paris-Toulouse and Paris-Marseille flights. The proposal of the Citizen’s Convention on Climate was more ambitious in this respect, as it banned domestic flights where a rail alternative could reach the destination in under 4 hours.

The bill makes it mandatory for airline operators to carbon offset the emissions of domestic flights in mainland France. Carbon offsetting for flights from and to French Overseas Territories will be on a voluntary basis. The measure will be introduced gradually starting in 2022, with 100% of greenhouse gas emissions to be offset by 2024.

5/ Possibility for French regions to create a road ecotax

Under the bill, the government may authorise regions, via an order, to introduce a road ecotax on heavy goods vehicles.

The two following transport measures are of particular interest: