The Crédit Agricole Group, partner of the “Les Margaret” 2021 Awards 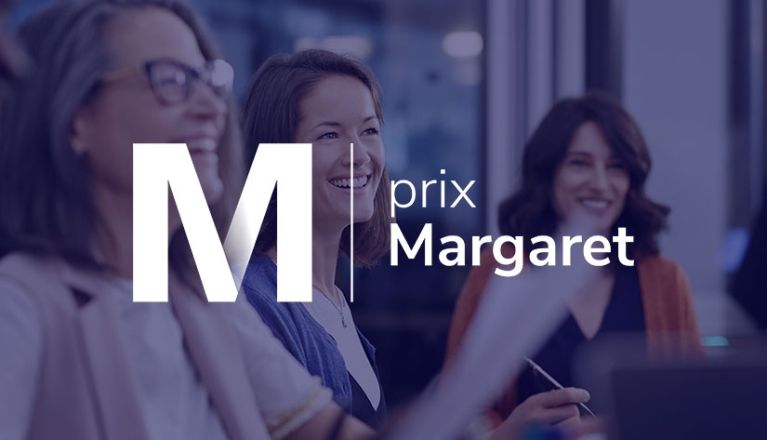 Digital Women’s Day (JFD or Journée de la Femme Digitale in French) has been designed to debunk the mystery surrounding the technological industries and digital careers and to restore a place for women in this sector in which they remain largely under-represented. Today, only 24% of people working in the digital sector are female and 11% of management positions are held by women. Only 7% of French start-ups are currently directed by women (StarHer and KPMG report).

Since 2014, JFD has organised an annual call for projects from European and African women who are leading digital projects to address key issues facing our society: sustainable development, the demographic revolution, data processing, and the transformation of education, health and transport systems, amongst others.

The jury, made up of digital experts, will award prizes to four female entrepreneurs and intrapreneurs of the year, who will benefit from media exposure by JFD, financial backing and development and communication support. For the first time this year, two “junior” candidates, aged between 7 and 18 years, will also receive a prize in the “Les Margaret Juniors” category for Europe and Africa.

This project forms part of the Crédit Agricole Human-Centric Project, the non-segregation and diversity of which are an advantageous starting point from which to change current leadership codes in order to accelerate transformation, address the challenges of tomorrow and attract new talent.

It was therefore an obvious decision to join in the Les Margaret adventure!

By taking part in this initiative this year, Crédit Agricole will have the pleasure of sitting on the prize jury. Gaëlle Regnard, CEO of the FNCA, Bénédicte Chrétien, HR Director of the Crédit Agricole S.A. Group, Laure Belluzzo, CEO of CA-TS, and Meriem Echcherfi, Head of Strategy at Crédit Agricole S.A., will be our representatives and members on the Margaret Prize Jury.

Prizes to be awarded: